The Truth Behind The Dead Mermaid Found in Florida? 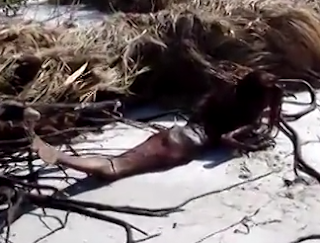 Several instances of the dead mermaid video have bubbled up in recent years but no one seemed to be eager to take credit... If this is a sculpture, it is hugely valuable based on the interest in the video.

We have tracked down an amazing artist named Juan Cabana of "the Fiji Mermaid" fame and although some believers / researchers may feel tricked by these shocking videos we believe Juan has done an amazing job of allowing our imaginations to run wild. 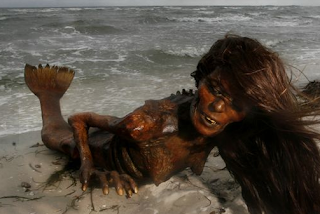 UPDATE!
By the way, The Mermaid in the photo above is named "Nernia" and she was actually purchased by a collector for $10,000!
Posted by AVN Staff at 9:59 AM