Does the Vibration of a Jet's Engine Cause Madness? 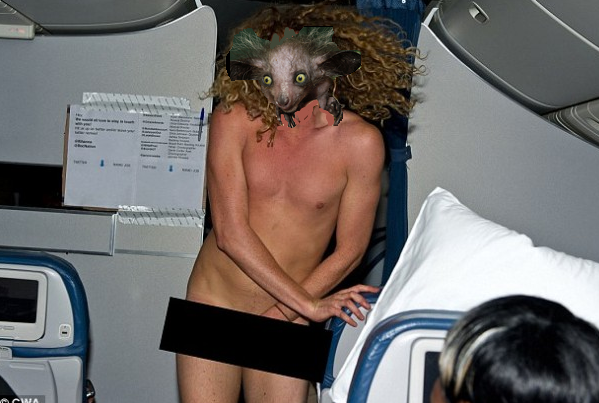 There are no YouTube playlists of train passengers going completely berserk; while simple searches for going "Crazy on a Plane" seem to return TONS of videos where a flight's passenger, crew, or even pilot seems to come completely unhinged....

I put a 10 video examples below...  It's easy to note that the commonality in many of these videos is the thick drone of the engines' vibration.

1)
The "God you're my savior" meltdown - A flight attendant eventually asks male fliers to help block woman during meltdown in case she tries to get near the doors.

3)
Never say this on a plane! I won't even write it, see for yourself:

7)
Some breakdowns are less violent, but still strange and embarrassing...

8)
Attempting to open the door seems to be a common goal...

9)
Some unfortunate folks will even be accused of attempted hijacking


10)
Many people might chalk up this reaction to simple fear; but it looks like he's actually being oppressed by something tangible like the vibration of the engine: